Last year I made something of a monumental decision. I decided to pack up my things, move out of London – my beloved, favourite city in the entire world – and move just about as far away as you can get. To Melbourne, in Australia.

It was a truly terrifying time and I honestly think without my dear friend K propelling me along with promises of sun, beach and boys on surfboards I never would have made it here.

This has truly been one of the best decisions I have ever made in my life. I could write pages on how taking a leap like this has completely changed my perspective but that’s not what you came here for. So if you’re considering moving across the world or even just to a different county here’s some stuff to keep in mind.

Whoever said ‘Knowledge is power’ was completely right. Moving away from your friends and family, especially quite some distance away feels completely overwhelming and ridiculous when you first set out.

As a top level procrastinator my favoured method of dealing with stuff like this is to bury my head in the sand like a giant fat ostrich. However I wouldn’t recommend that approach.

As with most things in life, the more you procrastinate the more overwhelmed you feel. So I started setting aside 20 minutes a week to research one part of what I needed to do. i.e: How do I pay my student loan from abroad, When is the best time to book flights, what kind of area might I like to live in when I get there.

By slowly compiling this information, it took some of the fear out of what I was doing.

Wait before you tell everyone

This is a tough one because it’s tempting to shout it from the rooftops. Especially if you’re excited.

I on the other hand was terrified.

Here’s the thing, everyone has an opinion about moving to the other side of the world. Some are incredibly helpful to hear.

(Shout out to my incredible mother here who barely batted an eyelid and said: ‘Well I just think that’s incredibly exciting and you absolutely should do it.’ Thanks for always making me feel like I can do anything Mummer)

Some are incredibly unhelpful. People have a borderline irritating habit of projecting their own feelings on to a situation. Which means you might hear things like:

“What about your job? Don’t you think moving away might not be good for your career?” 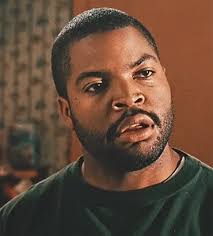 “What will you do over there?”

When you’re pretty scared about doing something none of these things are particularly useful. So I opted to get my visa, book my tickets and then let everyone know.

Things like house deposits, emergency air bnb’s, estate agent fees all add up to a fair amount of cash. So get on it sooner rather than later.

As luck would have it I’ve written a handy guide for those as feckless with their cash as me so you too can save just about enough to move across the world, move into a house and still afford to eat.

But…Don’t use money as an excuse

As anyone who has ever lived in London and earnt under 50k a year will know that money is often tight. Getting from payday to payday without going out the bottom of the overdraft is rare and saving anything feels nigh on impossible.

Sure perhaps you are an organised type of person who tracks their spending on a spreadsheet and diligently saves and never buys hungover coffee in pret but if you are I really have to question why you are reading this blog in the first place.

For us normal folk who have perfected the perfect look of bewilderment when you card gets declined trying to buy something under 20 quid, don’t let this hold you back.*

*My friend K recently went out for dinner and said if he asked her to split the bill her only option would be to offer to throw it back up. DIRE STRAITS.

I sought help from my very sensible friend J who works in finance who helped me break down savings into manageable chunks. He also analysed my spending and told me, kindly but firmly, that I was not in fact a victim of credit card fraud but had actually spent 500 pounds in pret a manger over the course of one month.

So start small, use some of the excellent tips outlined in my other guide and just go for it. I also found that when it came to leaving time combined factors such as selling all my furniture and getting my last paycheck and not having to immediately spend it on rent and bills meant that I was not quite as poor as usual.

Contrary to popular belief, I didn’t just wake up one morning and decide to move to Australia. It was a decision that had been lurking in the back of my mind for a few years. My friend K and I would get drunk and slur on about how, in the year 2017 we would move to Australia and have the adventure of a lifetime. It seemed totally viable from our comfortable vantage point of 2015. Two whole years away, plenty of time to sort my life out before then.

And then suddenly it was January 2017. The year we were moving to Australia. And I wasn’t ready. I was terrified. It’s amazing how fear can aid you in creating ten thousand excuses why you can’t do something. I can’t afford it, I can’t do it, I’ve got a life here.

For me I had a really good job that paid better than any job I had ever had before, I had friends who I needed and needed me in return and, most ridiculously, I had met a boy and a tiny part of my brain thought that maybe…just maybe it might be something worth staying for.*

Nothing dramatic mind you, just a lingering feeling that sitting in a pub or on a sofa or in a field or to be honest just about anywhere with him kind of felt a bit like how it feels when your favourite song comes on at a party. And I had enough experience of bad dates and boring men to realise that having this much fun was rare.

My point is that I had many reasons to stay in London. However I also knew that the nagging feeling I had, the feeling that woke me up in the middle of the night, that feeling of ‘what am I doing with my life?’ and ‘is this all there is’ could not be cured by letting the fear of what I was leaving behind stop me finding something new.

So I walked into my job and handed in my notice. It was one of the hardest conversations I’ve ever had to have. But you’d be surprised how much people understand the need to go and try something new. Everyone is human after all.

Once that was done I felt like I’d taken off a heavy backpack. So just do it. Stop stalling. Hand in your notice, book your flights, get your visa and just go. No amount of umming or ahhing will help you make your decision.

Just do it…but do it for you.

It seems obvious but moving to the other side of the world should be an entirely selfish decision. If you factor the emotions of others (as discussed above) you’ll find yourself more lost and confused than ever. This is the time to think of yourself and only yourself.

Everyone else can just get over it.

Equally try not to let anyone else affect your decision. In my case that meant letting the fact I’d met said boy plant a seed of doubt in my brain about whether it was the right time to go.

I’ll always remember the moment that I found out he wasn’t who he said he was. Amongst all the other confusing bits of hurt feelings and bruised pride was a resounding voice, something like a stern old school teacher, repeating ‘you nearly gave up something amazing for this piece of shit. You are an idiot.’

My point here is, don’t put anything on hold for anyone else. For if they’re a piece of shit it’s not worth it and if they are in fact worth they’ll wait for you anyway. So speaketh the great philosphers of yore.

If this is what you really want, no job, no friends, no boyfriend should stand in your way.

COMING UP IN PT 2 : things I wish I knew before I stepped off the plane.